“Dr. Currant spent the first hour explaining the some of the basics of life in the early 1960s. He has purchased quite a few rare gold and silver coins as well as about ten pounds of common gold coins dating back to the beginning of the 20th century. Since he is a registered numismatist, he is allowed to make such a transaction without causing a fuss with MOM. These, he will exchange for dollars once we arrive. We’re familiar with the idea of dollars. They’re similar in concept to the exos that we use today, except they are paper, not electronic. But understanding the smaller coins is a challenge. The pennies, nickels, dimes, quarters, and half-dollars are what Dr. Currant calls “pocket change.” For my money, carrying these coins around will only create holes in my pocket. I actually like our decimal system of today, although very few transactions involve transferring a part of an exo. A single exo doesn’t buy much and part of an exo buys even less. But A.C. assures us that these nickels and dimes will, in themselves, have some pretty hefty purchasing power in 1963. He’s also bringing some cut diamonds. These, of course, are synthetic. Today, diamonds are just another commodity, like wheat or oil, because of the low cost of creating them. According to Dr. Currant, experts today can’t tell the difference between the real and the synthetic. The synthetic stones are cheap now, but in 1963 diamonds were very valuable and only available in their natural state. They’re small, easy-to-carry, concentrated wealth and they’ll be no problem to sell to the right buyer, says Dr. Currant.”

The Time Travel Twins have time-traveled to the 1960s to save John Kennedy.

In March 1934 Capt. Eddie Rickenbacker, race car driver, future president of Eastern Airlines, World War I flying ace and Medal of Honor recipient, wrote an article for Foreign Service magazine entitled “War or Peace”. The image above is from that article. The caption reads: “vultures of destruction…controlled by robots…operated by radio and television.” The cartoon predicts and depicts today’s military drone operations. Rickenbacker’s pre-World War II anti-war article, written by a man who had experienced modern war first-hand, is deadly accurate.

“The next war…will be a world war. But it will be unlike any other war that we know of. There will be no noncombatants. The battle front, roughly, will be the face of the earth. The roof of one’s own house, one’s own back yard, each will be part of the battle front. The combatants will be all living things.”

In some detail, he describes the horrors of the coming war. “These vultures of destruction, many—probably most of them—controlled by robots, will fly far behind the lines of advancing men, there to drop bombs weighing tons, the explosion of which will shake the average city as would an earthquake, causing buildings far from the scene of the explosion to tremble, crack, then crumble to the ground, crushing human souls to death, burying thousands there alive.”

But, after accurately predicting all the horrors of the next war, especially today’s euphemistically called “collateral damage”, he goes on to say that he does not believe there will be another war stating that “in the future if there is a war, no one can win but death.”

Capt. Rickenbacker was a great prognosticator of the future of military technology but a poor judge of the sensibility of humanity and the strange affection our political leaders have for creating unending war.

Every hour, day, week, month, and year that we experience and every place we visit, opens the door to the unknown…to the future. The future is an assumption based on our mortality. The experience of the future is a probability based on the past. We are taking a chance when we open any door to any place or time. We never really know what lays ahead.

The present, if narrowly defined, is a fleeting experience which cannot be defined, explained, or contemplated.

The past offers some hope for certainty. But the truth of the past depends solely on the agenda of the storyteller and his access to factual information. Therefore, any retelling of past events, is only an approximation, an interpretation, a summation, or categorization. It is not the truth.  The door to historical “truth” swings on the squeaky hinges of storyteller bias and the quality of the event documentation.

This year, doors opening across the world may present a surprising and shocking future not anticipated based on the purported events of the past. Strap it down and cinch it up!

From the book Happiness Wants You!

Has your boat washed ashore? Have you run aground? Has life given you a “Notice to Remove”? It may seem that way. But the only life you have is totally controlled by you. Put your hands on either side of your head. Feel anything? That mass of grey cells between your two ears runs the entire show. You are the captain. Realize that today, and remember a time when you were in control. Just you, your little boat, and the wind, the sun, and the sea of life with you at the helm—in charge of the voyage. You’ve been through storms before. You’ve made it. In fact, deep down you enjoyed the battle. You enjoyed the intensity of living. You enjoyed the ability to control your own destiny—dream, decide, embark. 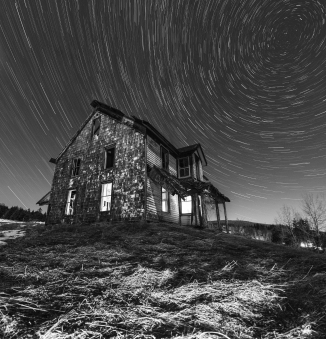 Inside this house is an alive little man who takes in and gives out. Every minute of every day his heart beats and retreats; he inhales and exhales; he drinks and urinates; he eats and defecates; he talks and is talked to; he works and he relaxes. He greets his mate and children at the end of the day; he shares a meal; he watches some TV; and then he goes to sleep. In and out, in and out, in and out, he breathes, ingests, and lives…until he doesn’t. 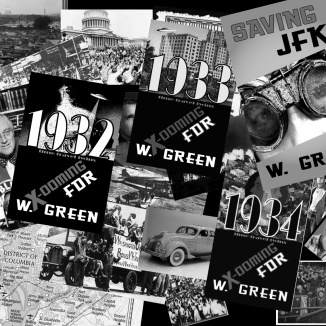 This is a new look for our information site and possibly will present a new attitude. We have entered the world of “post truth”. Everything is relative, grey, and disputable. Don’t bother reading directions. You’ll figure it out. Forget the instruction manuals, bibles, dictionaries, text and history books; the monetary, constitutional, legal, religious and educational systems; and the opinions of others. Pick a side…or create one. The world is up for grabs. Well, we’ll see where this flexi-pc-insane-unpredictable-cruel world is headed. I’m sure everything will be just fine.