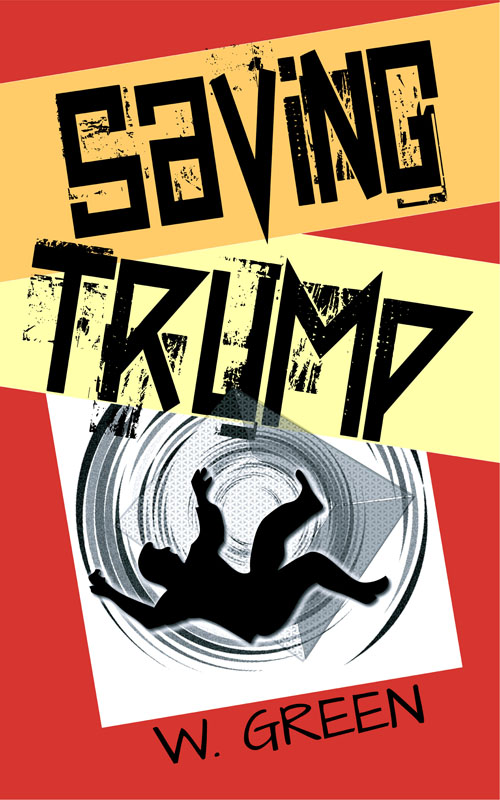 My new book Saving Trump is now available at Amazon and others (this is Vol. 5 of the Time Travel Twins series). As I have cautioned before, the Twins books are written for adults and young adults, not for kids. Every book is based on fact as well as fiction. Sometimes the two worlds intersect and often blossom into a “might be” reality. How would we even know? The past 100 years of “history” has been all about spin and the molding of historical reality. It’s up to you to decide: “What’s (really) up?” From the cover:

“Some people say Donald Trump is the problem; others believe he is the solution. Ethan and Emma, time traveling twins from a dystopian future, believe they know the truth. The future of America and the world is guaranteed to be far worse if Trump is removed from office. The day after election day, November 9, 2016, the two veteran time travelers awaken to one more gigantic challenge. Now, at the age of one-hundred-six, the twins are still hoping to create a better future by saving the past. They resolve to save President Donald J. Trump.

In 1963, they attempted to save JFK and failed. In the 1930s, they succeeded in saving FDR, but their heroics may have only delayed the inevitable. The recent presidential election has given them one more chance to fix history. They are well aware that by the year 2030 the world will be a horrific place. They know President Donald Trump will quickly be eliminated leaving the United States to flounder and fall. But, what would happen if somehow, he was able to finish his term of office? The possibility gives them hope. They decide to take action.

They arrive at a game plan with their good friend Zak, and they pursue their dream of saving Trump.  Unfortunately, while they believe they are on the side of the angels, half of America’s population disagrees. Anchoring the “Never-Trumpers” is Emma’s great grand-daughter Samantha, a young and determined reporter for a Washington D.C. newspaper. It’s a generational battle, with both sides entrenched and both sides dead-certain of the righteousness of their positions.

Threats of impeachment and assassination surround the new president. The country is turned inside out. The citizens of America are divided into warring factions fighting in a political conflict which some call the “Second American Civil War.” Amidst this great turmoil, the ancient twins and Zak learn new skills and take to the Information Highway to promote their great hope, Donald Trump.

Can they stop the powerful, hold-over forces of the Deep State? Can they make peace with their young relations? Will they be able to save Trump? Or will he be defeated signaling the death of the American dream?”

You might also want to check out the work of my dear friends Emma and Sam. Their blog sites can be found at www.SavingTrump.com and www.SamKeene.news. Like many in America, these two, one young and one old, battled mightily over the past year.